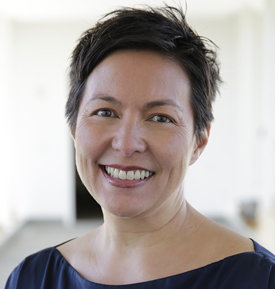 Since joining Industrial Light & Magic in 2009, Amber Wong has made a name for herself as an expert in detailed bidding, innovation, and big picture thinking when it comes to developing plans for some of ILM’s biggest films. Wong’s current role, Visual Effect Producer, has a global focus and requires her to collaborate with other ILM producers and VFX Supervisors on a daily basis. Her responsibilities include overseeing bids from all four global offices (San Francisco, Vancouver, Singapore and London) and building plans for operations and production that ensure cohesion between the global offices, as well as ILM’s international third party partners.

Her visual effects production career spans almost 25 years including a ten year stint with Giant Killer Robots as Partner, CEO and Executive Producer. During her time with the Academy-Award and Emmy Award winning visual effects animation studio, Wong was head of all operations for the studio and was the executive producer on a series of feature films, commercials, and music videos including: Matrix Reloaded and Matrix Revolutions, The Fountain, and Happy Feet.

Wong graduated with a BA in Music and Vocal Performance from the University of Colorado. She is an avid supporter of Doctors without Borders and Autism Speaks.