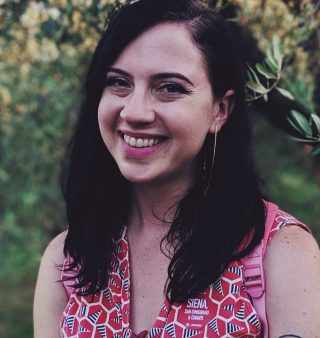 Alice Kahn is a graduate of the University of Southern California, where she studied Fine Arts with an emphasis in Drawing. She joined Industrial Light & Magic in 2013 as a Production Coordinator on Transformers: Age of Extinction. If you are wondering how studying Drawing led to a role in Production, she doesn’t know how she got here either and is still hoping no one notices. Prior to joining ILM, she spent two years at Method Studios in New York.

Since her start at ILM, Kahn has worked through the production ranks on a variety of projects including Warcraft, Rogue One: A Star Wars Story, Solo: A Star Wars Story, Thor: Ragnarok, and The Irishman. Most recently, she served as an Associate Producer on Space Jam: A New Legacy. Kahn loves absorbing all the brilliant insight from her extremely talented coworkers, but most importantly, she loves to make her team laugh and smile as they create award-winning visual effects.

Originally hailing from small-town Iowa, Kahn has lived in Los Angeles, New York, and has now found her home in San Francisco. Her cat, Rocky, is named after a rock she mistook as a cat outside Trader Sam’s Enchanted Tiki Bar. She wasn’t sure if the name would stick, but he was pretty set in stone about it.