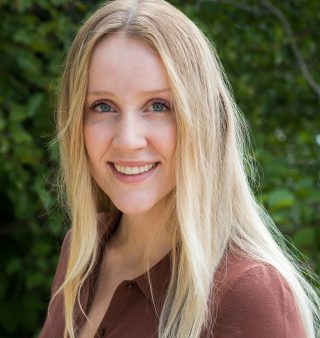 Ali Greene joined Industrial Light & Magic as a Production Coordinator in the fall of 2015. She has worked her way up to becoming a Producer, working most recently on a variety of Marvel Projects. Ali grew up in Rossland, BC and graduated from the University of Western Ontario with an Honors Specialization in Consumer Behavior. Shortly after graduation, her passion for film led her to a career in Visual Effects.

Ali’s first film at ILM was Deep Water Horizon and she has since contributed to a number of high-profile feature films and streaming projects including Loki, Eternals, Black Widow, Academy Award®- nominated Star Wars: The Rise of Skywalker, Aladdin, Kong Skull Island, as well as many others. When Ali isn’t working, her main interests include downhill skiing and outdoor adventure sports.