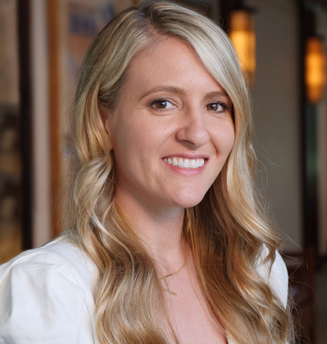 Abbigail Keller joined ILM in 2016 as a Visual Effects Producer. She comes to ILM with over 10 years experience in the visual effects industry. She began her career in 2003 at Rhythm and Hues Studios in Los Angeles, California as an art department assistant on the Oscar nominated film, The Chronicles of Narnia: The Lion, the Witch and the Wardrobe. Keller quickly advanced to visual effects producing feature films, working on the Oscar nominated film, X-Men: Days of Future Past, and Oscar and BAFTA winning film, The Life of Pi, along the way.

After Rhythm and Hues Studios, Keller joined Blur Studio in Culver City, California as their Studio Resource Producer and Visual Effects Producer working on films such as Deadpool and Avengers: Age of Ultron. She is an active member and events committee member of the Producer’s Guild of America. Most recently, she worked as Visual Effect Producer on Steven Spielberg’s Ready Player One.

Keller is from West Hollywood, California. She earned a Bachelor of Arts degree in Evolutionary Psychology from the University of California, Santa Barbara.