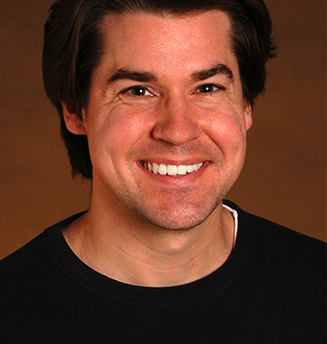 After joining the ILM Art Department in 1998, Aaron McBride worked as a concept artist and designer on A.I. Artificial Intelligence and Minority Report. Since then he has served as designer and art director on The Avengers, Iron Man and Iron Man 2, Rango, Revenge of the Sith, and the Pirates of the Caribbean films; the second installment of which, Dead Man’s Chest, won an Academy Award for best visual effects in 2006. Aaron’s concept design work has been widely recognized by directors like Steven Spielberg, Gore Verbinski, George Lucas and Joss Whedon as well as Oscar-winning Visual Effects Supervisors Dennis Muren, John Knoll and Scott Farrar.

His work has been chronicled in various “Art of” books including: Pirates of the Caribbean, Iron Man, The Avengers and many more. Additionally, McBride’s work was exhibited at the Society of Illustrators museum in New York City and has been profiled on Extra, The Big Idea with Donnie Deutsch, MTV, and in The New York Times

He wrote and illustrated the graphic novel Old Wounds for Lucasfilm Publishing and Dark Horse Comics and has illustrated covers for many Star Wars publications including: Star Wars Insider Magazine, The Del Rey Novel Lords of the Sith and the upcoming Battlefront novelization.

McBride is from Mystic, Connecticut. He received a Bachelor’s of Fine Arts in Film from Rhode Island School of Design in 1996 and currently resides in San Francisco.