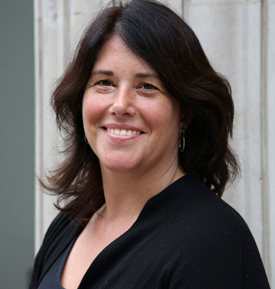 As Executive in Charge, of Industrial Light & Magic’s London studio, Sue Lyster is responsible for the day-to-day management of the studio and oversees all aspects of production. As a founding member of the studio’s leadership team, Sue has played a key role in managing its growth and has overseen its continuing expansion.

Prior to joining ILM, Sue served as Head of Production at London-based Framestore where she held a variety of roles. In her nine-year tenure with the company, Sue rose rapidly through the ranks, starting as a CG Manager in 2004 and arriving in 2013 as Head of Production.

Earlier in her career, Sue was a Senior Producer in the commercials division of Hibbert Ralph Animation, one of the UK’s top animation production studios. She also served as a Producer at Richard Purdum Productions.

Sue holds a Bachelors of Arts in Economics and Economic History from the University of Warwick.