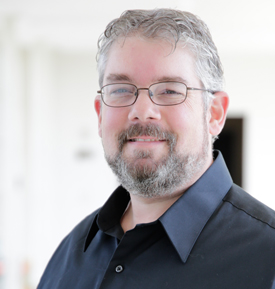 Inspired by such films as Star Wars and Indiana Jones, Rick O’Connor knew from an early age that he wanted to be a part of movie making magic as an animator.

O’Connor graduated from Sheridan College, Canada where he studied traditional animation for 3 years. While is school he got his start in the industry as a clean up artist and later, character designer for Phoenix Animation Studios. After graduating he was hired by Square USA, in Hawaii. It was at Square, that he was first introduced to the computer as a tool for animation. O’Connor worked on early test phases for projects, tested rigs and helped create some animatics that tested their production pipeline.

A year later he was hired by ILM to work on Star Wars: Episode I The Phantom Menace, and has gone on to work for such films as Jurassic Park III, War of the Worlds, Pirates of the Caribbean: Dead Man’s Chest, and most recently Michael Bay’s Transformers: Dark of the Moon. As an animation lead, O’Connor enjoys helping other animators to reach their personal goals and also achieve the goals of each show.