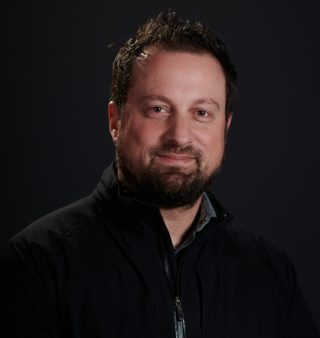 Randal Shore is an Executive Producer specializing in Feature Animation at Industrial Light & Magic. He is based out of our Vancouver studio where he previously held the position of Executive in Charge, having played an instrumental role in both launching the studio in 2012 and managing its growth over the years. Randal was is responsible for the day-to-day management of the studio and oversaw all aspects of production for the studio’s visual effects contributions to films such as Aquaman, and Terminator: Dark Fate. Randal’s renewed focus on feature animation brings him back to his creative roots of producing animation.

Prior to joining ILM Vancouver, Randal held high-level positions at two other Canadian visual effects houses The Moving Picture Company (MPC) and Prime Focus. Most recently at MPC, Randal was a member of the senior management team as Head of Production overseeing work on films such as Life of Pi, which was awarded the Oscar for Outstanding Achievement in Visual Effects in 2013. During his 2-year tenure at Prime Focus as Executive Producer, he oversaw that company’s expansion from 45 people to 150 artists and work on such films as Tree of Life and Tron Legacy. Before transitioning to his role at Prime Focus, Randal was a Visual Effects Producer at Frantic Films. Most recently, he was Head of Production for Tangent Animation where he oversaw the upcoming Maya and the Three for Netflix.

Randal has been a member of the Visual Effects Society since 2007 and holds a Bachelors of Recreation, Management & Community Development, University of Manitoba.