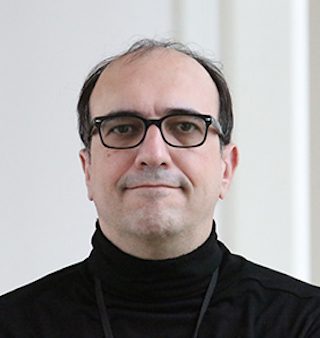 Leandro Estebecorena is an Academy and BAFTA Award-nominated Associate Visual Effects Supervisor known for his extensive technical knowledge applied to ground-breaking live-action and animated features. He holds seven patents for “Facial Performance” and “Motion Capture Camera Systems”. Most recently, he contributed to the upcoming fantasy adventure film Dungeons & Dragons based on the co-operative role-playing game.

His contributions to Martin Scorsese’s The Irishman earned him an Academy and BAFTA Film Award nomination for Achievement in Visual Effects as well as a VES Award win for Outstanding Supporting Visual Effects. In addition to overseeing the look of shots for The Irishman in post-production, Leandro worked on-set to help develop new methods for gathering data for the  new techniques and deployed new technologies for performance capture. He also received a VES Award for his work on Alejandro G. Iñárritu’s The Revenant for Outstanding Animated Performance on “The Bear”.

He has held a supervisory role on a multitude of effects-driven features including Gore Verbinski’s Rango, J.J. Abrams’ Star Trek, and Jon Favreau’s Iron Man, among others.

Leandro is a member of the Academy of Motion Picture Arts and Sciences.