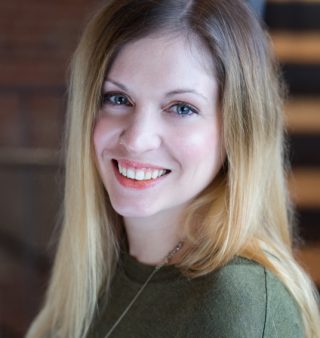 Originally from Saskatchewan, Canada, Katherine Chambers moved to Vancouver in 2006 to pursue her dream to work in film.  She kick-started her career in the animation industry in 2007 working as a Production Assistant at Mercury Filmworks, before moving onto Nerd Corps Entertainment to work with clients such as Mattel and Nickelodeon. While at Nerd Corps, Katherine climbed the ranks from Production Assistant to Coordinator and finally Production Manager before transitioning to visual effects in 2015 when she took on the role of Production Manager here at ILM.

During her time at ILM, Katherine has contributed to such projects as Deepwater Horizon, and Silence, before moving into the Associate Producer role on films like Thor: Ragnarok, Skyscraper, and Terminator: Dark Fate.

Katherine is both highly detail -oriented, and a firm believer in team collaboration. She brings a strong track record in production management and a passion for filmmaking to all her projects.