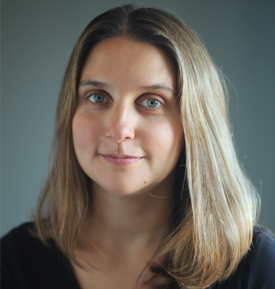 Erin Dusseault joined Industrial Light & Magic in 2004 and quickly worked her way up through the production ranks before she was promoted to Visual Effects Producer on Guillermo del Toro’s blockbuster Pacific Rim. As a Visual Effects Producer, Erin is responsible for overall budgeting, scheduling and staffing of shows.

Originally from Indiana, she received a Bachelor of Arts in Journalism with a minor in Business at Indiana University Bloomington. She currently lives in Mill Valley with her husband and daughter.